…and what the rest of the Premiership can learn from them 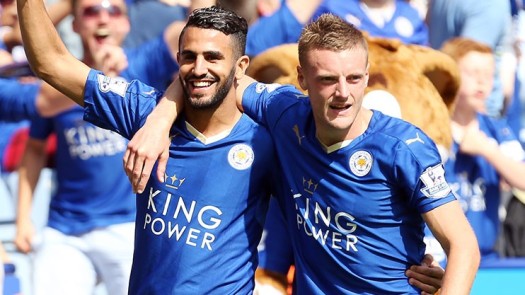 Just weeks after miraculously avoiding the drop from the English Premiership, the footballing world snorted with derision as Leicester City appointed Claudio Ranieri as Nigel Pearson’s successor. Fresh off the back of presiding over the Greek national side’s worst qualifying campaign in modern football history, Ranieri took the reins, as armchair fans across the country united in their view that the Foxes would once again have a fight on their hands to avoid the drop.

Fast forward five months, and football fans have been left agog, as Ranieri is performing miracles. Leicester City are now the only side in Premiership history to be bottom of the league one Christmas, and top the next.

The man Jose Mourinho considered to be a “loser” at Chelsea (who’s the loser now Jose?) has continued to defy the odds this season, avoiding defeat in all but one fixture, having beaten Everton, Chelsea, Newcastle, Watford, and Crystal Palace to name but a few.

With the 2nd lowest wage bill in the league, Ranieri’s men sit at the summit of the table, but what is the Italian doing that’s so different to the rest of the pack?

To lift the lid on this, we must look as far back as Ranieri’s first few weeks at the club. After a positive string of results, the Serie A journeyman was asked about what he’s done to bring about the change in fortunes. His response was: “I’ve tried to change as little as possible.”

Put simply, Ranieri is riding the crest of a wave. The players and everyone at the club were on a high from the relegation battle triumph at the end of last season, so why rock the boat? There was harmony amongst the squad. With a consistent tactical approach and a bit of belief, he knew that success wouldn’t be far away.

Leicester’s fairly rigid 4-4-2 formation is something of a novelty now in the Premiership. Are the top clubs overcomplicating things? Underlapping fullbacks, False nines, trequartistas and gegenpressing are popular among the football hipster community; but is there more value in a simple formation, with clear instructions, complimented with a peppering of talent in the final third?

Some of the ‘bigger’ clubs in recent times can’t seem to get it right. Prior to his sacking, Mourinho tried everything at Chelsea: Playing without a recognised striker, playing a centre-half at right back, and even switching to 3 at the back. With every change he made, things got worse.

The revolving door at Manchester United has caused unrest there too. In just a few seasons they’ve switched from a well defined tactical approach via Sir Alex Ferguson, to a transitional

phase (which was given no time or support to bed in under Davie Moyes), and now onto a tedious possession-based game under Louis Van Gaal. How can any reasonable amount of success be expected here when there’s no consistency at the club? Van Gaal has spent over £250m in the summer, but still has players like Depay and Mata drifting in and out of the team, while the back four is currently made up of unknown entities such as Phil Jones, Paddy McNair, and Cameron Borthwick-Jackson.

Liverpool too continue to toil, despite the introduction of the ‘saviour’, Jurgen Klopp. The German has an infectious personality and is well liked in the game, but it’s clear the complex system he’s deploying will not work with the current squad of players. I suspect he’ll prevail in the long run (if given time), but a high pressing game with well-worn midfielders like James Milner and a striker as cumbersome as Christian Benteke just will not work. If the players can’t fit the system; devise a system that fits the players.

Leicester City’s simple tactical approach allows for two or three players to play a more expansive role. Enter Jamie Vardy and Riyad Mahrez. While the likes of Chelsea and Manchester United are suppressing creativity from players like Oscar, Hazard, Mata and Depay; Leicester are giving Vardy and Mahrez a free rein creatively, with dogged support across the field from the rest of the team. The results have been outstanding.

Vardy has smashed Ruud Van Nistelrooy’s Premiership scoring record, and Mahrez continues to drive through defences like a hot knife through butter. Other players in the side with less creative ability like Fuchs and Huth are given simple orders to follow in the game. The correct application of 90% durability and 10% creativity fused together is what’s given the Foxes a winning mentality.

Their approach to the 3-2 victory against Everton, and the 2-1 win over Chelsea illustrate this perfectly. On paper, Everton and Chelsea are stronger than Leicester, without question. The difference is that the Leicester side have clear defined roles, and the players know who they need to turn to for a moment of creative brilliance. Who do Chelsea turn to? Diego Costa has been in and out the side. Cesc Fabregas is sitting deep. Hazard’s confidence has taken a bashing. Then there’s Loic Remy, Ramadel Falcao, Oscar, Willian, Ramires, Matic and Pedro. How can a team who doesn’t even know who’ll be in the match day squad possibly have any collective creative reasoning on how they’ll win a football match? Very much a case of too many cooks, and a few too many egos.

Some people will point to the ever increasing pot of TV money which is giving the mid to bottom Premiership teams a bit of pulling power in the transfer market, but considering Leicester’s top two players cost a little over £2m in total, I hardly think we can point at financial muscle as any kind of indicator for success.

The real defining success for Leicester City this season has been their dismissal of the Champions League team glass ceiling. Ranieri has installed a real feel good factor. Where once Leicester would have parked the bus at Old Trafford, Stamford Bridge, the City of Manchester Stadium, and Anfield; they’re now having a go.

I firmly believe that this approach will inspire other sides to do likewise. Why go down without a fight when you can take the bull by the horns and potentially win the match?

Will Leicester City go on to win the Premiership? I certainly hope so, but if we’re being brutally honest, they have yet to climb the steepest part of the mountain. If Vardy and Mahrez stay at the club, and stay fit, the Foxes have a sporting chance. The whole country wants to see the league being turned on its head. Never before has one club received such overwhelming support from all corners of the UK. This in itself is a bigger success than Leicester could have hoped for. They’ve single handedly burst the repetitive bubble of the same handful of clubs challenging while the rest look on as spectators. For that reason alone, regardless of their final league position, this season is already a success for Leicester City.